THE UNIQUE STORY OF EMMA

There is a unique story behind EMMA's safety shoes. In the early years of the 20th century, thousands of miners worked at the State Mines in South Limburg. Miners were regularly injured or disabled while working in the mines, which meant that they could no longer perform their work.

With this in mind, the Dutch State Mines (DSM) launched various initiatives to help former miners find suitable alternative work. In 1918, the Fund for Social Institutions Foundation (FSI) was founded by the then Dutch State Mines, which arose from the management of shops and soup kitchens for miners during the First World War (1914-1918).

The foundation also started to defend the interests of DSM's staff, among other things. In 1927, the FSI set up the Workshop for Invalid Miners (WIM), a shoe factory that specialised in repairing – and later also manufacturing – sturdy and extra-supportive shoes for miners.
The EMMA Shoe Factory was officially inaugurated in 1931. At the time, EMMA was a social employment facility, named after the EMMA State Mine. All the State Mines bore the name of a member of the royal family. The EMMA State Mine was named after Queen Emma of Waldeck and Pyrmont (1858-1934). After the closure of the State Mines (1966-1974), former miners also got a job at EMMA. 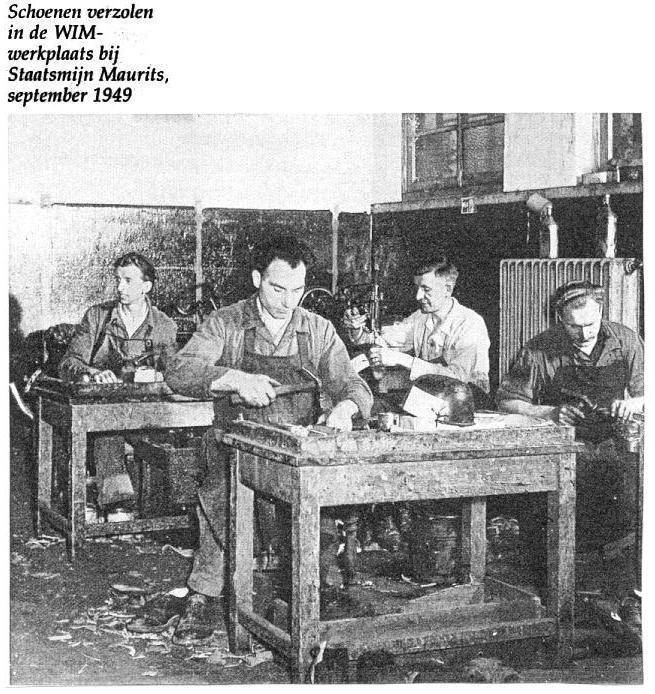